Global clothing retailer American Apparel embraced an RFID (Radio-frequency Identification) project to assist with their in-store replenishment processes – in other words, transferring items from the backroom to the front of the store.

Previously, the brand American Apparel had an overview of which products were in which store – but not whether they were physically on the sales floor or not. 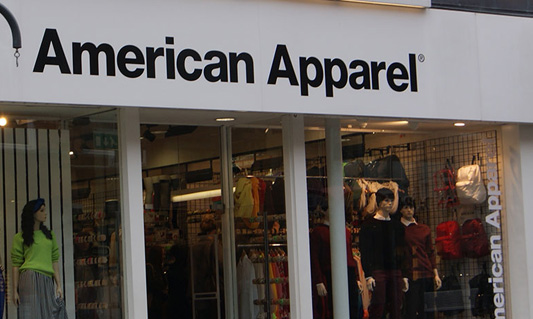 This became a problem; American Apparel prides itself on displaying one item of each size, colour, and style, but without the right technology keeping that promise became impossible. For example, if a small, black T-shirt was sold, it would probably take some time before a new one would emerge on the sales floor. Until then, the T-shirt would be sitting unsold in the backroom – representing a huge missed opportunity.

To try and combat this issue, American Apparel implemented something called a ‘perfect fill process.’ This involved painstakingly matching and comparing items on the floor to a predetermined list, 2-3 times a week after opening hours. This huge task took 4-5 hours and 4-6 employees – a significant resource undertaking for what should have been a simple task.

Another associated problem was stock accuracy. Due to cumbersome technology and human error, troublesome inaccuracies were a constant bug-bear. It soon became evident to American Apparel that a new system was needed to streamline replenishment and ensure that the right items made it onto the sales floor to boost profits.

Enter RFID. Before uncovering how this system benefitted American Apparel, let’s take a closer look at what RFID actually is.

Radio-frequency Identification not only solves technical issues but enables improved personnel management. When the tedious counting and other repetitive tasks are off the menu, the workers on the sales floor can concentrate on what they’re really good at – sales. What’s more, fewer backroom workers are needed to look out for stock accuracy. RFID provides information for the in-store manager, stock manager or anyone in charge of managing inventory and the stock accuracy and movement of items from in and out of stores.

RFID also increases sales by offering better event stock accuracy percentages, ensuring the right items are in the right place, in the right shop, at the right time – leading to increased sales.

Before RFID, accuracy levels at American Apparel used to be ‘as good as possible’ – without any real knowledge of the exact numeric values of the items. In fact, for any retailer not using RFID, the actual figures are just best guesses. Here are a few more benefits of RFID:

Customer service – RFID reduces repetitive tasks and frees up staff to engage with customers, as well as removing out-of-stock situations.

Online sales – RFID enables omnichannel sales, offering the retailer the ability to sell items online and pick these up from store level, if not in warehouses.

Before the implementation of these technologies, American Apparel relied mainly on manual processes – which led to accidental errors and inaccuracies, not to mention a waste of resources. What’s more, there was no individual scanning of the items on the sales floor, so managers had no transparency over what stock was where.
After RFID was introduced to the store-front 2-3 times a week, each item could be quickly scanned with little labour. The POS system was also replaced, and in the backroom, the process was streamlined, and more readers added.

The American Apparel team wholeheartedly embraced the new technology. It can be the case that staff oppose change, but in this scenario, RFID readers proved so irrefutably beneficial that even the most determined of opposition turned into supporters.
Should you adopt RFID?

If the above case study has you considering the benefits of RFID for your business, Kris Doane, previously in charge of RFID for American Apparel, agrees; stating that he cannot imagine anyone in this industry choosing not to use RFID. The technology is becoming more and more affordable, and has managed to evolve and iron out any kinks in the short time it’s been around.

Conclusively, Kris Doane states: “even a bad RFID implementation will still give you such great benefits compared to not having it. You will not be making decisions based on guesses anymore.”